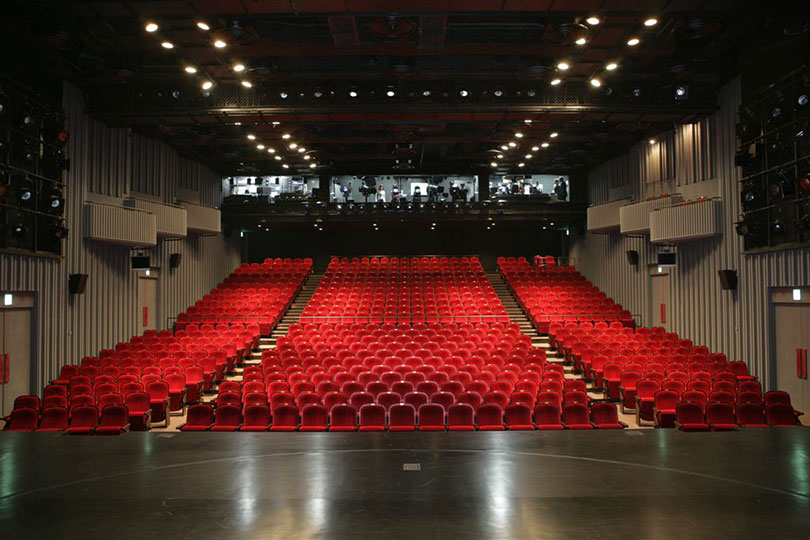 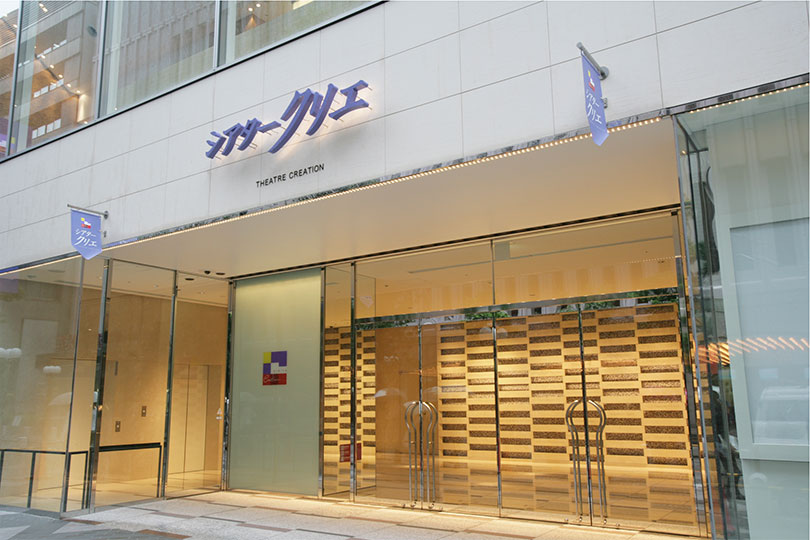 In 2007, Theater Creation was opened with a play called The Fearless Otojiro’s Company, written and staged by Mitani Koki. Its predecessor was a theater called Geijutsuza that opened in 1957 and produced numerous plays and musicals until 2005. Playwright Kikuta Kazuo (1908–1973) served as the director for the theater and created not only original Japanese plays such as Noren (Split Curtain) and Horoki (Vagabond’s Diary), but also international plays including The Miracle Worker. Geijutsuza was also one of the first venues to put on musicals. The very first Japanese version of The Sound of Music premiered at this theater in 1965.

As visitors approach the building, they are guided through a glass façade into a marble lobby. Once in the lobby, visitors are greeted by a word wall, with quotes taken from Greek tragicomedy, all written in Greek. The theater hall is located in the basement and is accessed via stairs or an elevator. When going down the stairs, visitors can see artwork by Japanese artist Yamamoto Aki, where each painting represents a fundamental emotion like delight, anger, sorrow, and pleasure, all portrayed by characters from Shakespeare plays.

The theater hall mainly stages musicals and plays and can accommodate up to six hundred people. More than 80 percent of the theater’s guests are women. Most of the directors of the plays and musicals are also female.

The theater is located right by Hibiya Park and is across the street from the Tokyo Takarazuka Theater.

Performances being performed or scheduled at THEATRE CREATION