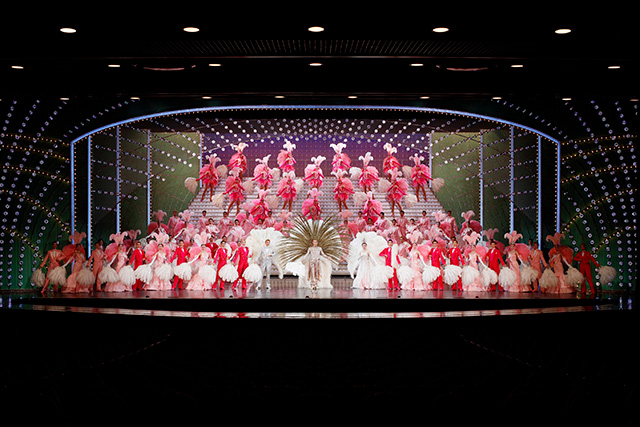 Takarazuka Revue was formed in 1913 as "Takarazuka Choir (currently Takarazuka Music School)" to attract "Takarazuka New Hot Spring" built at the terminal Takarazuka Station (in Hyogo Prefecture) for the purpose of railway passengers in 1913, and one year later, on 1st of April in 1914, the first performance of "Takarazuka Girl's Opera" by 17 girls from 12 to 17 years old was held.

20 years later, the "Tokyo Takarazuka Theater" was opened, but in fact the first performance in Tokyo was held in Imperial Theater in 1918, only four years after the first performance. Although since then it performed several times a year in such as Ichimura-za, Hogaku-za, Kabukiza Theater and Shinbashi Enbujo Theater, compared to the home base, Takarazuka Grand Theater, there was a limitation in the number of seats and performances, due to the fact such as the fee of the theater and the ticket fee becoming higher. Ichizo Kobayashi who is the founder of Takarazuka Revue and whose thought, " I would like to offer good quality stages to many people at a low price", did not come true.

The thought of "having an own theater in Tokyo" was realized 16 years later after starting performing in Tokyo. The opening of the new theater was held on 1st of January in 1934, following Tokyo Takarazuka Theater was built on the site of Yurakucho purchased from "Tokyo Electric Light Co., Ltd." for where Mr Kobayashi was then-executive officer and was involved in business restructuring.
In the previous year (1933), in preparation for the opening of the Tokyo Takarazuka Theater, the fourth "Star Troupe" followed after "Flower Troupe", "Moon Troupe" and "Snow Troupe", was formed. 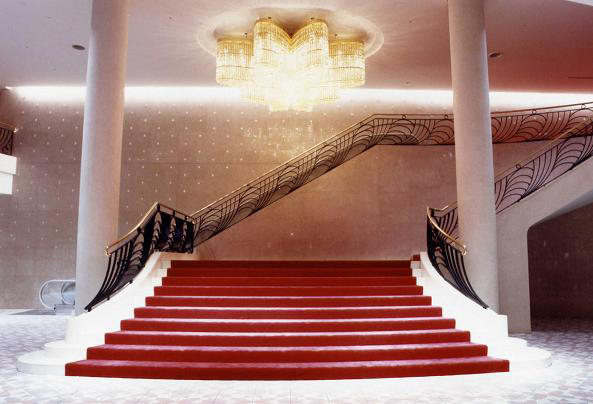 In 1997, a temporary theater "TAKARAZUKA 1000 days Theater" was constructed on the site of the former Tokyo Metropolitan Marunouchi Building (Now Yurakucho Infos) in front of Yurakucho Station even during the rebuilding period of the theater, in order to make people enjoy Takarazuka Revue, about 1,000 days of performances were done from May 1998 to December of the following year during the period of rebuilding the Tokyo Takarazuka Theater. And, until then, in Tokyo, there were performances only for 6 to 7 months in a year, but since then, a year-round performance, which was a long-cherished desire, started. As a result, the fifth "Cosmos Troupe" was founded in January 1998.

In this way, with the expansion of performances in Tokyo (building a theater, renewal and year-round performance), Takarazuka Revue has grown greatly from 3 to 4 troupes and 4 to 5 troupes.