The City of Movies and Diverse Entertainment 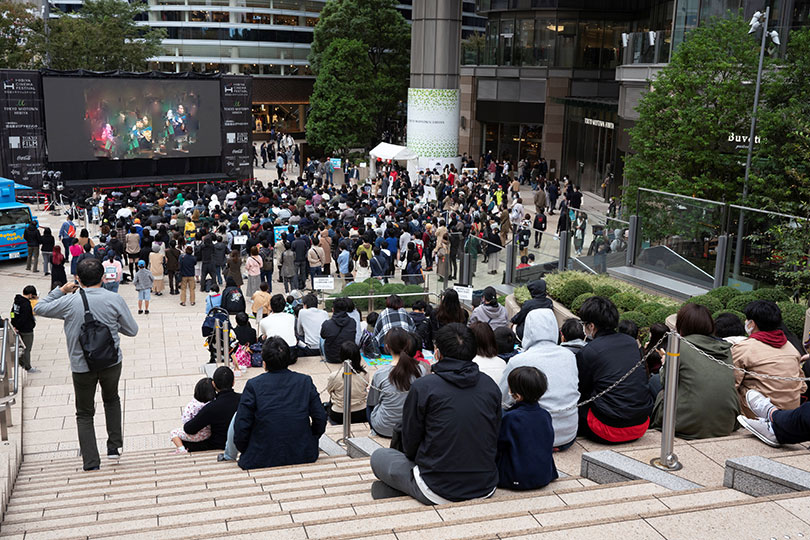 Which district comes to mind when you think of a city of movies in Tokyo?

You may think of Shibuya, Shinjuku, Ikebukuro and various other places, but the area of Hibiya, Yurakucho and Ginza could well be one of the top candidates. There are major movie theaters like Toho Cinemas Hibiya, Marunouchi Piccadilly, and Marunouchi Toei as well as mini-theaters full of unique character such as Toho Cinemas Chanter, Cine Switch Ginza, Human Trust Cinema Yurakucho, Kadokawa Cinema Yurakucho. In addition to those, there are also theaters for drama and kabuki as well as cafes and restaurants that are perfect for a good discussion after a movie. It is an entertainment district where you can enjoy going to see a movie.

The Tokyo International Film Festival, which was born in Shibuya in 1985 before moving to Roppongi in 2004, is finally coming to the Hibiya, Yurakucho and Ginza area this year. I'm very much looking forward to watching films that nobody else in the world has ever seen and films that everyone wants to see. You don't want to miss the 10-day event which will be held in the Hibiya, Yurakucho and Ginza area from Saturday, October 30, 2021.