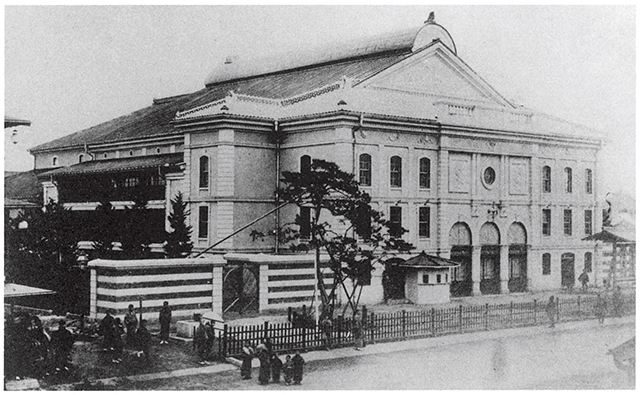 The name Ginza and kabuki remind us of Kabukiza Theater in Higashi-Ginza, and also the Ginza area and Kabuki have been closely connected before the construction of Kabukiza Theater.
In the area where Kabukiza Theater stands was called "Kobiki-cho" in the old days. In the late 17th century, there were three theaters (play houses), Yamamura-za, Kawarasaki-za and Morita-za.
Even now, the pleasure of going to the theater is not limited only to watch plays. We enjoy "the district" of the theater by such as eating and shopping as well, and people in the Edo period were also the same. Various shops gathered around theaters, and forming a theater district (theater town).
After that, there were various thing happened and only Morita-za remained in Kobiki-cho, but Kobik-cho kept crowded as a theater town.
However, in the middle of the 19th century, close to the end of the Edo era, theaters were forcibly relocated to a new town (Saruwaka-cho) made in Asakusa by the command of the Edo shogunate. Morita-za was also relocated. The bustle of Kobiki-cho, which had lasted for 200 years, faded away.
Although Kabuki enjoyed much prosperity in Saruwaka-cho, eventually it entered the Meiji Restoration and Morita-za was moved from Saruwaka-cho to Shintomi-cho in 1872 (Meiji 5). Morita-za furthermore took the name of the place and renamed it Shintomi-za.
Nowadays, Shintomi-cho remains as a place name and a subway station name. It's a town next to Ginza. 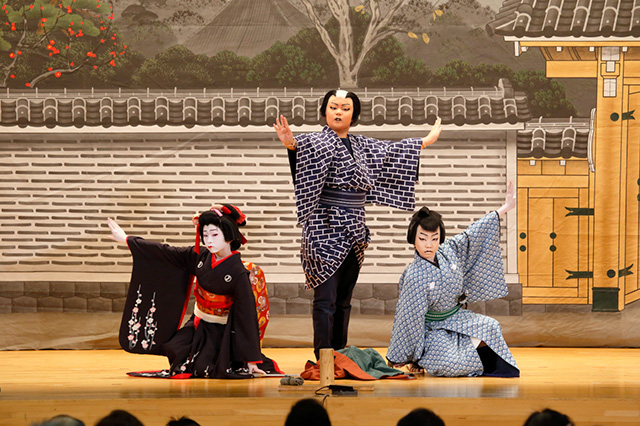 Since Kabuki-za opened at its present location (Kobiki-cho) in 1889 (Meiji 22), except for about 30 years standing in the Saruwaka-cho, entertainment performances including Kabuki have been played in Kobiki-cho and Shintomi-cho, in short around Ginza for about 380 years. Ginza is a land that is closely related to entertainment.
By the way, what happened to Shintomi-za then was that it was damaged by the Great Kanto Earthquake and ended without being rebuilt afterwards.
Today, a "Shintomi-za Children's Kabuki" is held by children in Chuo-ku to commemorate the old days of Shintomi-cho where there was a theater.