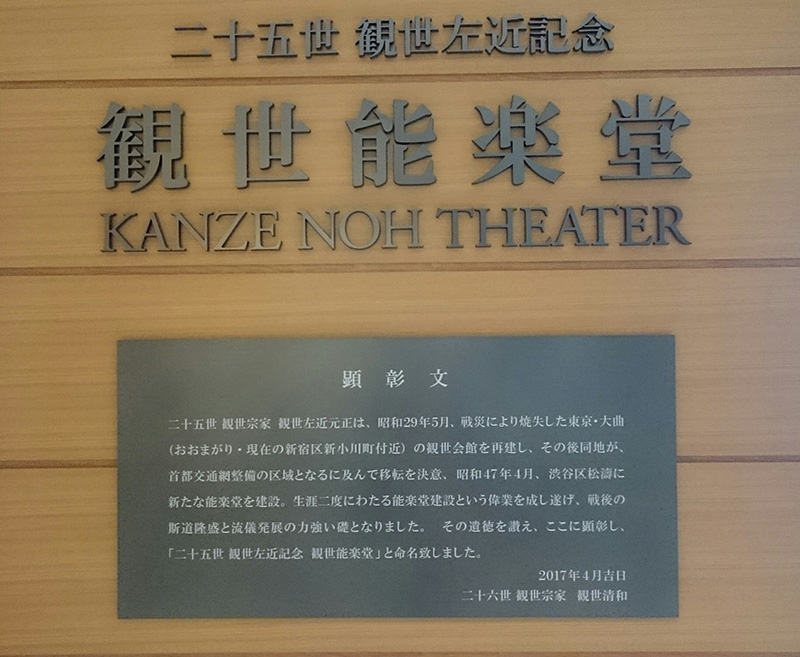 "Takiginoh" was held under the sky of Ginza on May 4 and 5th. The threads of Noh "Ground spider" soared in a sunset sky, and the dances on the stage and fantastical spaces were created. Sponsored by GINZASIX Retail Management, co-hosted by Kanze-kai.

Kanze Nogakudo is on the 17 floors below from the rooftop of GINZASIX. You take a sigh to see the space when you open the door. Space different from the din and bustle of the urban city spreads. This is Noh theater.

Operation of the Nor theater is done by Kanze-kai, which is the organization established by 23 generation of Kiyokane Kanze, who built the Noh theater at Omagari (Current Shinjuku Ward) in 1901 to pass on techniques and spirit of Noh to the future generations.

Regular Noh play day is set once a month for the first Sunday, and since its establishment, "Kanze regular noh play" has been continued for 116 years、which is unparalleled in the history of Japan. Combined with "Kanze-kai separate events in Spring and Autumn", which is originated and developed from this regular Noh play and where a major work is performed in April and October, some Noh play is performed once a month.

Furthermore, there are interesting courses offered such as "Asaichi Noh salon" , a series of five one-hour morning class from 7:10 started in May where you can have a fun learning of Noh including watching Noh play as well as a series of three "Noh work shop" for parents and children during summer holidays starting from 10:00 am on August 8.

The following is the main lineup of the year from June. Why don't you add watching Noh play to your daily life? For more information, go to the Kanze Nogakudo website.