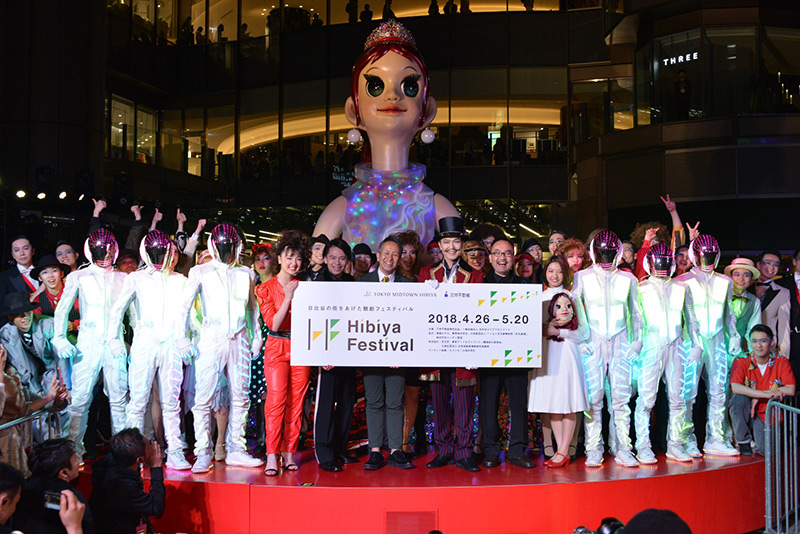 "We want to open the heat of full-scale performing arts to the whole town of Hibiya and disseminate "theatergoing town, Hibiya" widely to the world." The "Hibiya Festival" was organized with such a thought.

Now that Tokyo Midtown Hibiya has been completed, when the town building of Hibiya is carried out, attractive events are important. So how do we create it?

It is the history as a consecrated place of Japanese entertainment which Hibiya has that we value. In Hibiya, where the orthodox entertainment is handed down centering on movies and plays, and the facilities where you can appreciate gather, we thought we wanted the project to focus on watching performances (opera, musical, dance, etc.) and further to disseminate a new efforts. At the same time, we also wanted to change the present status of the theater experience which is somewhat difficult to have and for a core fan. 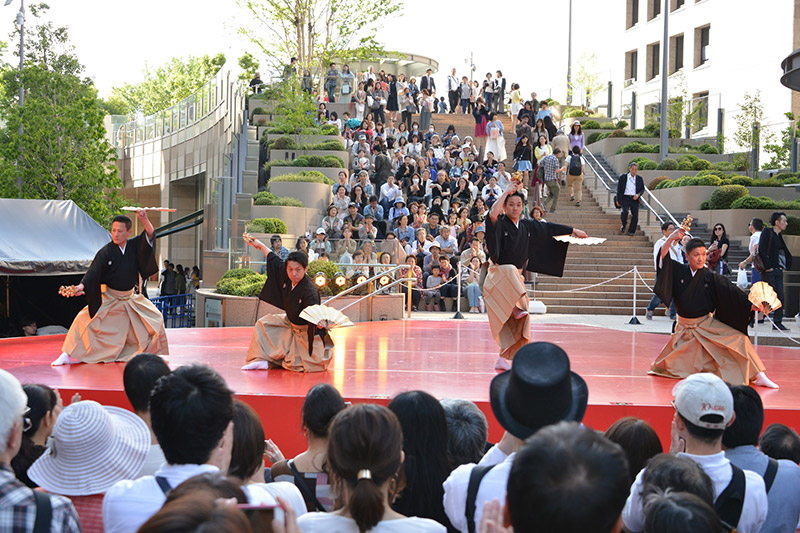 By making many people experience a full-scale stage performance to expande the base of the theatergoing, and at the same time, creating new experiences of watching a play originating from Hibiya (creating a cultural art from Hibiya), which is the thoguht put into "Hibiya Festival."
So how do we realize that? The next three points are what we focus on in considering the project.
1 .Conducting free performances outdoors
2 .Working together in the whole area of Hibiya
3 .Providing an environment for appreciating the whole of full-scale programs.

As we think that the first element cannot be removed to let many people experience, we set up an outdoor stage at Hibiya step Square in Tokyo Midtown Hibiya. We might have done something experts feel reckless, such as weather risk, sound and lighting environment, and so on, but we think we could create a unique experience in Hibiya, or the outdoor theater in the center of Tokyo. In addition, with the understanding and cooperation of the performers, more than 40 performances were played by more than 20 groups, and the performances included various fields such as the opera, musical, Japanese dance, etc., thanks to which Hibiya step Plaza was filled with hot excitement during the period,

For the second area cooperation, we received cooperation from Imperial Hotel, Toho, Nissay Cultural Promotion Foundation, and Nippon Broadcasting System, Inc., and also received special cooperation from Agency for Cultural Affairs, TOKYO ART & LIVE CITY planning committee, and GEIDANKYO, thanks to which, we could fortunately conducted in various venues including Hibiya Park and Godzilla Square.

For the third element, we held it by making Q HALL in Tokyo Midtown Hibiya an impromptu venue. While the facility and the environment were inferior to full-scale theaters, each company performed with new efforts and showed the best performance. We think it became a stage that embodied Hibiya, the town of an evolving theatergoing. 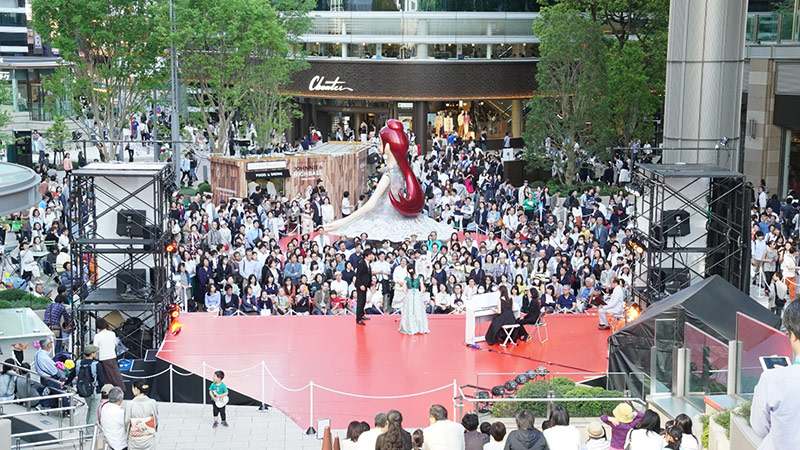 The first challenge, "Hibiya Festival" was successfully completed thanks to the strong enthusiasm and warm support of local residents and stakeholders. We would like to express our gratitude again.
Also, during the period, it is great pleasure that many people experienced watching a play.

"Hibiya Festival" will be held every spring after next year. Taking advantage of various knowledge and lessons obtained this time, we want to make it more powerful next year, and in the future, and we want to make "Hibiya Festival" a world-wide festival where world-class performers and producers "from Hibiya" are born, and where theater professionals all over the world gather.