Hospitality at a high-class Japanese-style restaurant,Ryotei 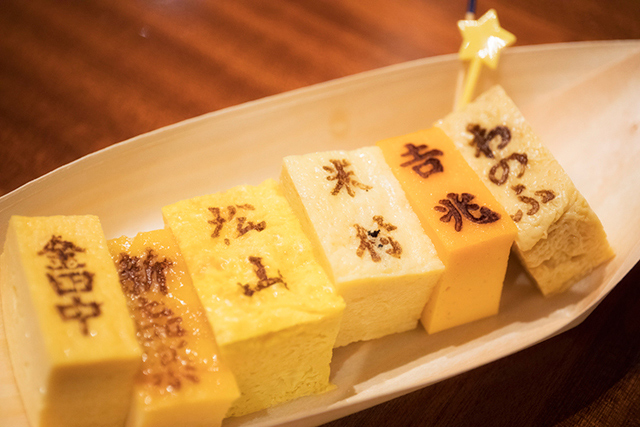 Let's consider hospitality in Kaiseki cuisine served at a high-class Japanese-style restaurant. Flow of seasons make each ingredient changes its identity by first, seasonal and trace. We serve dishes to meet the progression of banquets by combining seasonal materials making mountains and valleys. Each restaurant serves slightly differently but it is standard at Kanetanaka to serve in order of appetizer, Wan, Tsukuri, grilled dish, Kuchigawari, vinegared dish, simmered dish, rice and Mizugashi. When menu was created for the first time, dishes were served according to the standard. Over time, the menu was intentionally changed, and for a new restaurant, a new menu-style was considered. Then I could see thoughtfulness of the traditional Kaiseki.

Banquet will not necessarily start on schedule. It is normal to choose an appetizer which can be kept at room temperature. The following Wan is a hot liquid, and sashimi is chilled. The first three dishes are changed temperatures from room temperature, hot and chilly, and their condition vividly changes from solid, liquid to raw.

The purpose of banquets varies from one person to another, however, at a banquet of companies, a person who invites guests is called a host and persons who are invited are called guests, which is a universal banquet. During the day's work, one can't compromise with each other, and there should be a part one cannot come closer. A banquet invited plays a role to close between them. The beginning of a banquet there would be a little tension between the host and the guests. While the three dishes are served by vividly changing one dish to another, at the point of all guests being satisfied with full of food and Sake, an entertainment of geisha is followed. The tension is loosened with dishes and sake, and then shows beauty. Here, the atmosphere becomes better and it sets an environment to talk frankly.

Last time, the geisha was described to be the program director of the banquet, but exactly telling, they are a program director of the atmosphere. While guests are talking about work, they don't disturb you, but if the guests get too tense, they made the guests relax. The waitresses in charge of each room are responsible for connecting customers' requests, on the other hand Okami grasps all banquets progressing in the Ryotei at the same time. Entertainment seems to be though to be a bad thing nowadays, and the entertainment and hospitality are taken as the synonymous words. Doesn't "connecting-and-meeting make wait-and-win" make sense? Last time, the dance hall of Azuma Odori was told as Ryotei.

It is a word "Omotenashi" which started walking on its own. My favorite interpretation is a real hospitality without two-faced. I would like to welcome you to Azuma Odori with such feelings.
(Shinbashi, Tokyo Voluntary association President Okazoe Shingo-restaurant Kanetanaka master)