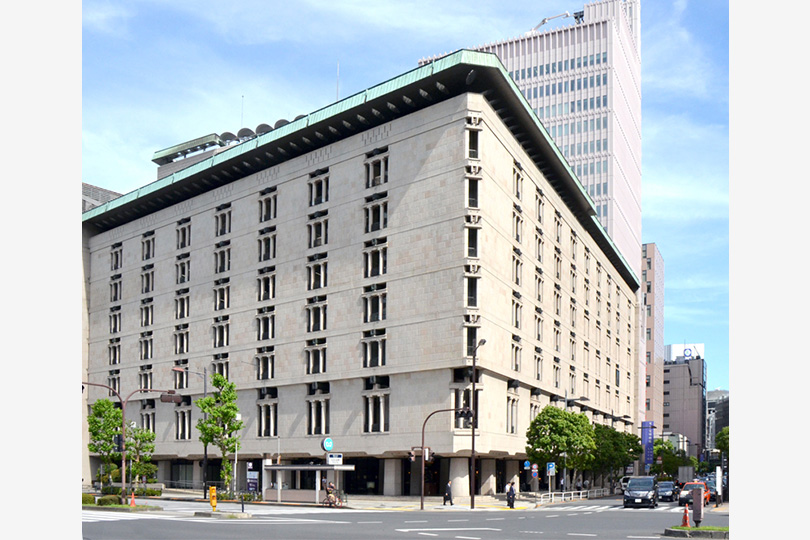 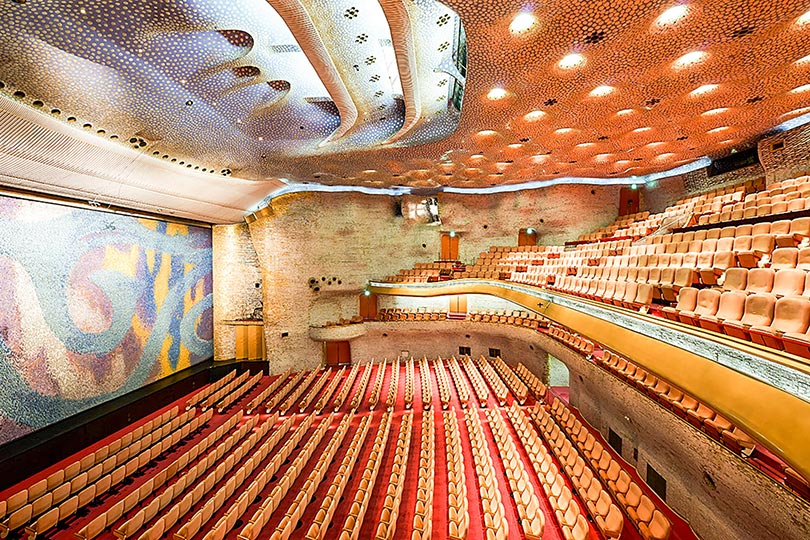 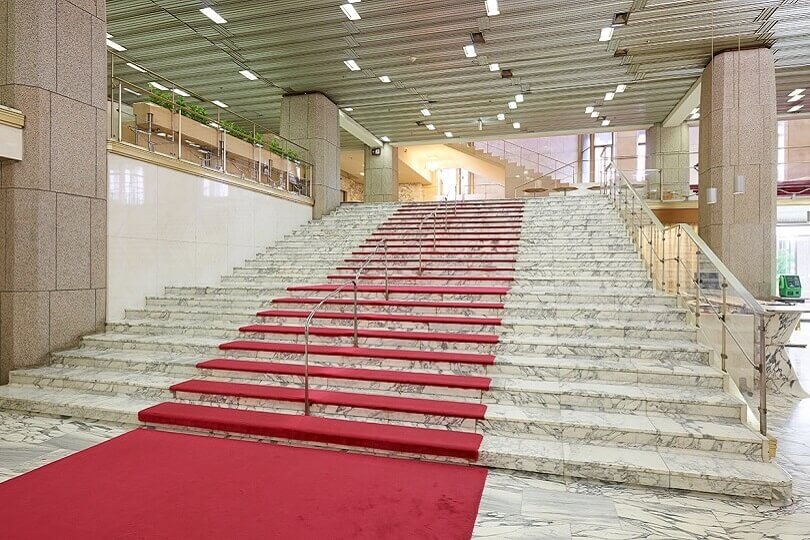 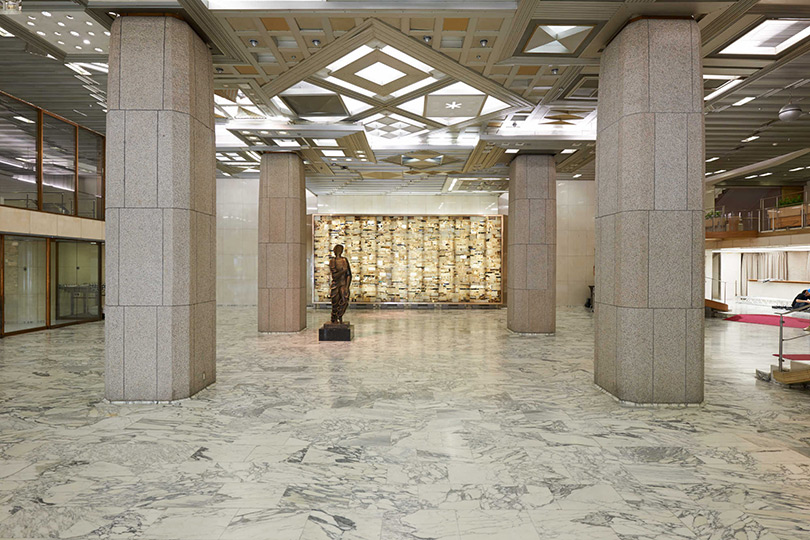 The Nissay Theater officially opened in October 1963 with a performance by Deutsche Oper Berlin. The theater has preserved the same design since it first opened more than 50 years ago, thereby taking guests back in time as soon as they enter. The theater, built by Nippon Life Insurance Company, is one of Japan’s well-known theaters, which is located in Hibiya’s theater district. The theater was designed by the architect Murano Togo (1891–1984) and stands as an exceptional example of Showa-period (1926–1989) architecture. Upon entering, visitors are greeted with an ornate ceiling, granite pillars, and a white marble floor, as well as the grand, staircase and the spiral staircase both covered with red-carpeted spiral that leads up to the theater.

The interior of the auditorium has elegant decorative details that add a unique atmosphere to its productions. The walls are decorated with glass-tile mosaics in different shades of blue, pink, white, and gold, while 20,000 pearl oysters adorn the ceiling.

With a capacity of about 1,300 people, a number of performances are held here including operas, plays, musicals, and remakes of imported productions. The company’s former president Hirose Gen was deeply moved with the stage production in his youth and wanted to contribute to a fast-growing society by building a venue that offered high quality, stunning stage productions for the public to be moved and enjoy. The Nissay Theater also offers family-friendly shows and plays, making it one of the children-friendly theaters in Tokyo.

Performances being performed or scheduled at NISSAY THEATRE

Nissay Theater is celebrating the 55th anniversary of its opening.
08 Jun 2018